WATCH THESE VIDEO'S and LEARN ALL ABOUT "PEAK OIL"

More roof tops and lawns are being turned into gardens everyday.

Get Ready For Urban Gardening!
Rooftop and backyard gardens are going to be important places where lawns once stood.
(From - "The Fuel Crash Of 2014") Peak oil meets peak population and food production.

The industrial revolution and the discovery of abundant OIL...
Remember that it was the harnessing of energy that made our modern lives possible. Only 110 years ago 75% of us would have found ourselves turning the dirt in our fields behind a horse pulled plow! It was energy from newly discovered OIL that started powering industrial manufacturing machines. Later tractors and trucks, cars and industry exploded!! It was abundant oil and the invention of machines that made it possible for the highest standard of living in the worlds history!! Not all of us have to be farmers these days but remember that most of our ancestors were just that, and less then ONLY 110 years ago!! Our technological power has gone from the horse to the moon in just the past 110 years. All 6,800,000,000 of us people now alive today are on the wildest and most unsustainable ride of our lives so we need to be very careful and start planning way ahead!! SUSTAINABLE ENERGY is KEY word. Oil and even Nuclear power will eventually run out! The earth only has a finite supply of Oil and Uranium for us to burn through and then that's it! Then those energy resources will be gone forever and can never be magically be recreated. Harvesting Sunlight is the only long term solution and the only sustainable answer to the energy crisis heading for us Right NOW. Sooner or later we will need to address this problem before it turns into a starvation crises for the worlds people. Technology and manufacturing must be able to react quickly enough to feed so many people in the absence of cheap energy in order to produce enough affordable food. Starving people are extremely dangerous, this situation could eventually lead to the worst Geo-political wars and criminal behavior of citizens we have ever imagined. Starving people will do what ever it takes to get their next meal, can you blame them? The instinct to survive is part of human behavioral programming. Starving people will do what ever it takes to get their next meal so a starvation crisis will turn into a crime wave. A global starvation crisis will breed a global crime wave! In the final analysis you MUST remember that food and energy are one in the same. When the energy runs out so does the food! Remember the horse and plow? Those plows are not even old enough to make decent museum pieces yet, only 110 years ago! We have time to find answers but we have to start working on it right NOW!! 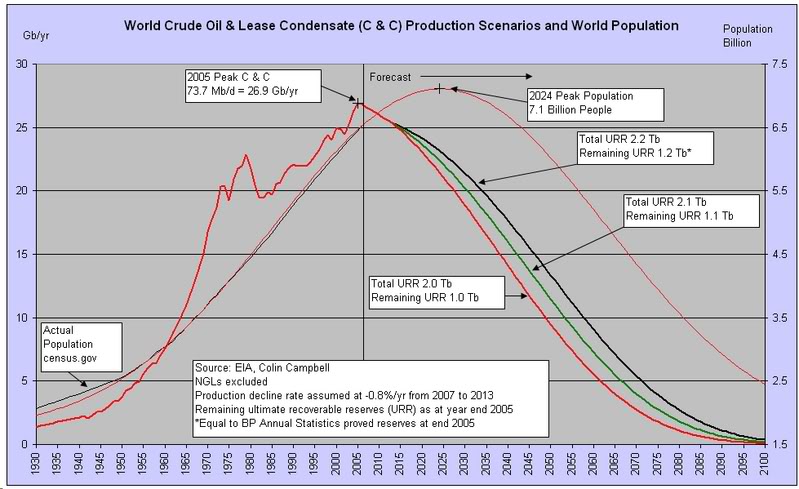 Let us not forget about wind power. Wind power is actually solar power, indirectly. Since the Sun heats up the world unevenly it thus creates wind to balance this equilibrium of uneven heating of the earths surface. The Sun drives the worlds winds and winds mainly blow at night so wind is a type of solar power that can be harvested when the Sun goes down. Wind also blows more in the winter months exactly when there is less Sunlight available so this makes wind power especially useful the further away from the equator you live.
Energy is the MOST important commodity we have depended on since our food supply depends on powering farming machines now! FUEL = FOOD
This is a first in the history of man kind!! These days only ONE farmer feeds about 50,000 people but requires 320,000 gallons of Diesel fuel in order to make it happen. If one day the farming machine's can't run, we starve! Simple math, figure it out for yourself! Or we can all go back to farming again,,,? That's not going to happen either. The industrial revolution has changed society forever. We are heading for a time of GREAT HUNGER! Forget about fueling your car and heading off to work since by that time food will be even rarer than fuel and that's the BIG unseen problem!! Remember FUEL = FOOD due to our modern population density. 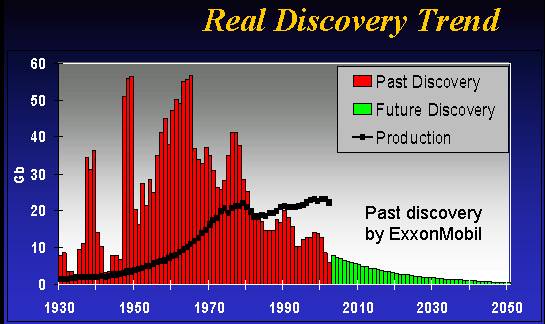 What changed 160 years ago that allowed

population to expand this quickly?

Since the discovery of abundant oil about 160 years ago things changed Radically!! Oil-fuel powered farming machines and fast transportation have provided for an extremely abundant food supply so we are nearly 7 billion today!!

It was the discovery of abundant OIL that allowed us

to feed so many people, make NO mistake about this!!

Our population boom is directly tied to the discovery of abundant OIL coupled with oil/fuel powered farming machines, transportation and petro-chemicals some call the "Green Revolution"

Now energy has become a life and death resource to countries! Governments are willing to kill for it, waging war to control it, we can never go back. The energy "Genie" is out of the bottle now and we need to make finding cheap renewable energy a major crusade! (On many fronts, we are already to late)
Any compliancy NOT to reach a sustainable energy future leads us down the road of carnage, war, starvation and untold human misery!

More: On the Green Revolution -

"The Green Revolution techniques rely heavily on the use of petro-chemical fertilizers, pesticides and herbicides which can only be derived from cheap and abundant fossil fuel sources economically speaking. This makes our HIGH YIELD modern day agriculture increasingly reliant on petroleum products!! As the population increases and the cheap fossil fuel sources slowly dwindle the age of the Green Revolution are numbered and so are the hopes of feeding nearly 20 billion people by the year 2018!! Proponents of the Peak Oil theory fear that a future decline in oil and gas production would lead to a decline in food production.